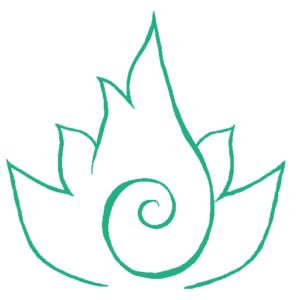 You are here: Home1 / Blog2 / mediumship3 / How the Lawyer Met the Medium, an Unlikely Love Story

How the Lawyer Met the Medium, an Unlikely Love Story

I will never forget the moment I met Andrea Kukulka.  We actually met at the Women’s Business Network.  One Tuesday morning back in early 2012, I was standing at the resource table at WBN when Andrea came up to me.  The second I looked up and saw Andrea I had the most intense feeling of Déjà vu.  The room around her started to move and I felt like I was going to faint.  She put her hand out, introduced herself, and told me that she was a medium.

“A medium?!” I thought to myself, I really was going to faint.  I managed to squeak out my name, told her I was an attorney, and then bolted to the other side of the room so I didn’t have to say anything else.  It had been a year since my father passed away and I was in NO position to talk about his death in an open forum.  What if she was speaking with my dad right now?! What if she could tell he died?! What if she says something?! Oh, no! I don’t want to break down in tears right here! All of these thoughts rushed through my head.  I loved and missed my dad so much, I did not want to open the door to heartache in front of a bunch of newly found business acquaintances.  I avoided Andrea like the plague and cowered in fear.  We didn’t talk again until 2014.

The only thing abundantly clear about my life back in 2012 was that it was not working.  Within one year I had lost my dad, graduated law school, moved, passed the bar, got married, re-located my mom, and welcomed my nephew to the world.   I was drowning in grief, riddled with anxiety, and I could not get out of my own way.

As an a-type overachiever and I had no idea what to do next.  I figured if I just immersed myself in building my business life would magically get better and the pain would go away.  Except, it didn’t.  The only thing that continued to grow was the numbers on the scale and the hours I had gone without sleeping.  Some days I literally felt as though I was having a heart attack.  I was debilitated with heartache and I believed that I simply had to “keep going”.

I was miserable and something had to give.  That Fall, through my business coach, my life changed forever.  I was introduced to the concept of mindset.  Thoughts create things? Positivity sets the outcome? Yeah…..okay, if you say so! The only reaction I had to that was snark.  I heard of, I actually even read The Secret (it was Oprah recommended!), but I never really understood and I wasn’t willing to buy-in.  I blew it off as jargon, rested my hat on my belief that it was my intelligence that had taken me that far, and went on my way.  The only problem was that I was stuck big time.  I was in the thick of it and nothing was getting better.  So I figured, what the heck! I had nothing to lose.

I decided to jump on the mindset train.  If it worked for all of those other entrepreneurs it could certainly work for me.  What started off as a business building tactic turned into something greater than I ever could have imagined.  I became a mind-set/law of attraction junky.  I entered the world of self-discovery and introspection in an unprecedented manner.  I started pouring over books by people like Jack Canfield, Napoleon Hill, Bob Proctor, Michael Neil, and I immersed myself in one of Fabienne Fredrickson’s Mindset Retreats.

The spark was ignited, there was no turning back.  I devoured anything I could get my hands on.  I was a sponge.  And then, funny enough….I started feeling better! Not only that, I even met my business partner within the next few weeks (more on that at a later time)!  Day-by-day, life was improving.  Things were starting to click.  Life was shifting and I started expanding.  I began meditating, going to reiki and acupuncture, and I learned the hard way the importance of self-care.  I was on a never-ending quest for internal peace.

Then, one day, on a whim in a coffee shop in February 2013, I was introduced to Table Tipping.  Excuse me, table what??? Yes, table tipping.  My friend described to me this experience whereby they sat around a table and received messages from departed relatives by the table tapping out a message.  I thought my head was going to explode.  “What?! What do you mean you received a message from a dead relative through a table?!?!” I had zero comprehension of this.  I was told that the table would tip once for “yes” and twice for “no” and would spell out messages by tapping out the letters of the alphabet.

I was dumbfounded.  I had no idea what to say.  At that point in my life I had never been to a medium, I never really sought out those types of experiences, and I was skeptical to say the least.  The only thing I had done even remotely close was go to a palm reader once with a friend.  However, an invitation was extended and I took the bait. Hook, line and sinker, if this was for real and what I was told was true, I wanted in!  I thought to myself that there was NO WAY that it could be real and I had to find out for myself.

The following week, in a small intimate group of absolute strangers, I had my first Table Tipping experience.  I was blown away.  As expected, and why I avoided Andrea upon first meeting her, I started crying immediately.  An ugly cry.  Snot and tears everywhere, there was no holding back.  I was in pain, and the second I felt my dad’s presence I experienced a release like none other.  I received messages from Dad and others for over 3 hours.  I couldn’t believe what had just occurred.  I was hooked.  I wanted to be connected to my father at all moments.  I wanted to open the channel.  I needed to know more and do more and feel more.  I wanted to feel his presence with me at all times and that is exactly what table delivered.  I was in awe.

Table for me became an incredible tool for healing.  Through this new found communication I was able to close the wounds and find comfort.  I found love and support from my dad in a new way.  Our relationship had changed, but it was still there and it remained palpable.  And so, like any good overachiever, I was determined to figure out how I could table tip on my own.  A new path for expansion had opened, I acquired my table (another divine unimaginable experience), and the journey continued.

Fast forward to March of 2014 and I was yearning for even more.  Other than the small group of individuals that had introduced me to table tipping, I had promised myself that I was not going to utter a single word about any of this to anybody, EVER.  However, I wanted to test this out with new people.  I was on a quest for further validation.  Yes, I was even skeptical of myself at that point.  I knew Andrea was in WBN and I needed a way to practice and continue to expand.  I also knew she would be able to validate what was I was receiving.  I held my breath, and sent an e-mail.

After a few bumps in the road (another funny story for a later date), we made a plan to meet.  The second she felt the table move we were instantly connected.  One
meeting later, I met Kristi.  The rest is history.  A dead dad, a business meeting, a table, a medium, a few details in between, and here I am, perfect, whole, and complete, with my trilogy.

What comes next? I’m not sure.  What I do know is that I was put here on this earth to specifically help people through their own times of transition, whatever that looks like for them.  Whether that be through the law, healing, messaging, or whatever else they need.  I have been put in a unique position to offer assistance and I am able to offer such with the perfect amounts of both strength and compassion.  I’m taking myself on, I’m reaching new heights, I’m allowing my own effortless expansion, and I’m inviting you all to follow along.

As I move into my first home, I am simultaneously becoming a Mansfield resident as my name goes up on Main Street as part of the Center for Holistic Healing and Art.  The three of us are so excited for our new journey together and I am so excited to share this part of me and to share these opportunities with all of you.  Believe me when I say, there is more to come!

So if you will, please sit back, relax, and enjoy the ride.  I know I sure will.  With Love,

Underneath the Mask. Metaphysical Playground Session 2: The Stairs. Class 1

How the Lawyer Met the Medium, An Unlikely Love Story

Healing with Compassion ~ Metaphysical Playground, A Deeper Path to Mediumship

Putting Your Crystals to Work

Want to join the discussion?
Feel free to contribute!

Too Late to go Back To Sleep